7) Our weakness becomes our strongest asset. 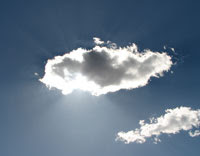 (This is the 7th post in a series on 7 principles that every parent should know about their dyslexic child. To see them all click here – 7 tips for dyslexic parents.)

The human mind has an amazing ability to compensate for any inability to cope with the processing of information. Can’t see colors and need to cross the street? - learn to watch for the actions of other people. Can’t smell very well? – realize that a wet nose smells better then a dry one. Blind and want your clothes to match? – learn to store them in sets in your closet.

Whatever the physical limitation, the human mind is very capable of adapting to the situation. Because of my dyslexia I have become a very effective storyteller and public speaker. I learned early in life to use my vocal ability to compensate for my inability to read and write. Basically when I was young I needed to think quick on my feet.

Because of my dyslexia I am an expert at information management, learning to learn and productivity strategies. I may not use them all that time – but I can teach you how to use them effectively. I have spent more time studying how people learn then I care to admit. I am well versed in many different methods of organization and I even know witch ones are better for dyslexics to use successfully.

Dyslexia will force your child to grow in other areas to compensate for their inability to compete effectively in the realm of literacy. Best of all, your child will learn one of the most important strategies to over all life success; how to ask for help. I know that this can be hard to hear for parents of dyslexic children. The silver lining is not so shiny when you’re looking at a 3rd grader who can’t read in a public school setting.

There have been numerous studies demonstrating that dyslexic people make better business people and are more successful as entrepreneurs. Your child will learn to ask for help when they can’t effectively complete a task by themselves.. This is the number one reason that one half of all successful entrepreneur are certified dyslexic. They learned young that if you can’t do it yourself get someone else to do it for you.

One of the worst lessons taught in public school settings is that work should be completed in isolation. Dyslexic children learn the opposite lesson because they most have someone else involved in there writing projects to complete them. Through a perverse trick of political intrigue and Machiavellian thought the public schools are forced to allow them and even supply this support to the students. Thank God (or Washington) for the Americans Disability Act because schools are required to give support to disabled children so that they can succeed.

Should Storytelling Conferences be Professionally Recorded?

Last summer I pushed for the recording of important sessions of the National Storytelling Network’s (NSN) 2008 Conference I was recording my session on the future of storytelling online for this podcast. I figured why not do a little more? I exhausted myself and recorded the membership session and the regional NSN rep session. These recording are the property of NSN. Unluckily I work for myself like most artists and it took me two months to edit the work – then having finished it - I promptly forgot about it. Finally in November I got my copies to the NSN board. Jo Radner, the NSN board chair was very excited about getting some key sessions recorded. I got the feeling the board would have liked faster service – but you know the old saying you get what you pay for and I was free.

Others recorded the Keynotes and the Master storytellers concert. I don’t know what happened to these files. I’m sure the NSN got a copy of them somewhere. The master storytellers performance - Doc McConnell’s last performance - was almost not recorded! I saw the volunteer putting his equipment away before the performance, and when I asked why, I was told by NSN volunteers that the storytellers would never agreed to their work being recorded.

So I walked up to each storyteller and asked them for permission to record their performance “for NSN” with any other uses to be worked out later. They all said yes with a great deal of passion and Doc McConnell said we could do anything NSN wanted with his recording. I’m sure I was too pushy for bystanders

The reality is that storytelling has an advantage over other art forms, because new work is always being created. We all have material that we have not performed in years. We all have stories that were once primary to our performance, but now no longer capture our attention. What if all of that material was still available? Mostly I try to downplay storytellers’ fears by asking this one question: Reframing the whole debate… Do you want to be a part of the historical record?

That is how I would frame this debate over recording conference sessions.

The storytelling skill set is timeless – the skills and abilities we have today will not, unlike computers, internet or blogging, become old fashioned – they are ageless. I personally know that the storytelling movement has a lot to offer the world and think it’s time we stepped up to the plate to offer our skills. NSN or any other national organization could be the vehicle for that delivery. Who ever builds a content delivery system around the art of storytelling first will win that race and be the source for the international storytelling movement for the next twenty years. My website www.storytellingwithchildren.com is well on the way to being the source for all things relating to storytelling with children, but what about storytelling with seniors, in business, marketing, or any of a dozen different topics that I have not had time or resources to cover in the depth that should be covered?

NSN could be so much more then a network, using it’s conference it could bring the separate candles of the storytelling community into a bright light that would shine forth across the world. 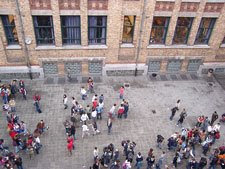 Remember recess that time in school where you got a break from your daily chore of home-work? As adults we have learned that breaks are important to productivity. Regular scheduled breaks increase creativity and the ability of students to retain information.

Many adults have fond memories of growing up in public school, but here in America our children are attending schools where increasingly recess has been marginalized or removed all together to make way for more study time. Like a run away fright train going down hill every faster the idea that children should learn reading, writing and arthritic at ever earlier ages has taken over our school systems. Forget character education, creative genius or empathy development; will they score to grade level? is the question being asked by everybody in today’s school systems.

In the name of increased test scores recess has been removed from ever lower levels of education until it can be seen as reasonable to see a day when there will be no recess in our public schools.

Recess was a time of slight supervision where children had a moment to explore their personal identity. Where they were able to keep a little piece of that uniquely American experience that was the backyard, the neighborhood or just hanging out with your friends. This time is increasingly gone. Removed by system of parenting and an educational philosophy that says that an unsupervised child is a danger to themselves and their environment.

The rub is that recess is supervised: the child’s choice of activities is not. Recess is not acceptable because it reminds us that children don’t need to be supervised to learn, children don’t need constant adult attention and children can get by for increasingly large amounts of time by themselves with out us. Recess reminds that even after a hundred years of an increasingly dogmatic and bureaucratic American educational system that the essential nature of American children is of independence. Clearly recess has got to go so that we can have more tests, learn one more spelling word and demonstrate our sacrifice of the heart at the holy alter of intellect.

Recess has to go so that the testing industry can make more money printing duplicate unnecessary tests and congressman can go home to their districts and speak about increasing standards in education.

I am passionate about this because 30 years ago I went to public school and I am dyslexic. While normal grade school children need a break, learning disabled students need it even more. I did not learn to read till 4th grade and I can tell you that with out regular recess breaks in my schedule I would not have be here today. I would have cracked into a million pieces under the strain.

Children need adults, but they also deserve a break from us just like we do from them.